An Appel cousin recently sent me this wedding photo of our common ancestors (which I later found a copy of in mom’s Appell book). They are my great, great grandparents Johan Appel and his wife Elisabeth Katharina Kraft on their special day in Saratov, Russia. Prior to Johan, our lineage information was sketchy. 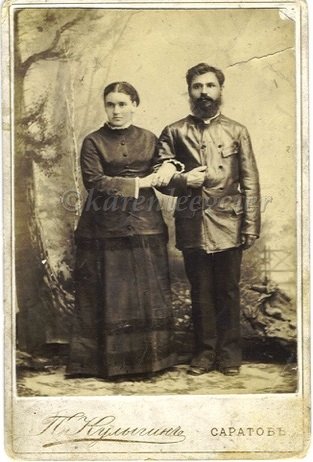 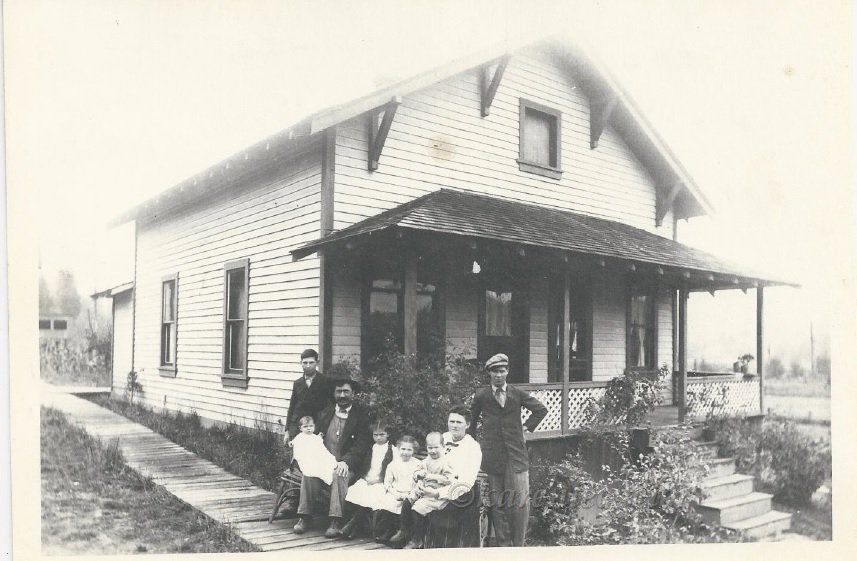 Leopold and Amalia Appel and family

On the right is Johan and Elisabeth’s oldest son Leopold and his wife Amalia and children. Herman, their oldest son, was my grandfather. I believe the second photo was taken in the Whitman, Washington area where the Appel clan farmed for many years.

Another new addition is the document I received on the APPELL LINEAGE. You’ll want to see this one. It takes us back to Peter Appel in 1717, Nidda, Germany. Please feel free to share. It was sent to me by a woman who researches and organizes the data base on the Volga village of Yagodnaya Pologna in Russia.

Johan Appel, b. 1841 m. Elisabeth Katharina Kraft, and their son

Margaret Elizabeth Appell, b. 1928, m. Rodney M. Geier. These are my parents.

*To see the lineage back to 1717, click the Appel lineage link above.

Your Appel Submissions can be taken HERE. 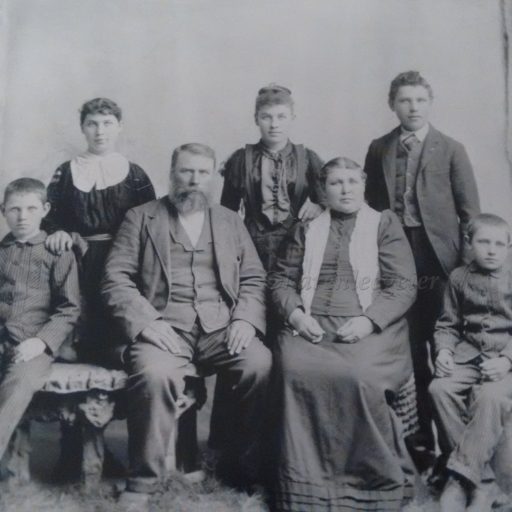 *You may be wondering why I use both spellings of our name. The original is Appel with one L. My grandfather Herman G Appell (whose given name was Herman Appell, and who later added a G with no period), added an L after his mail was continually mixed up with his cousin by the same name.

I use Appel when discussing ancestors prior to our Herman, and Appell when discussing family members after Herman’s time. We don’t know why Herman chose the G; it is not short for a longer name. 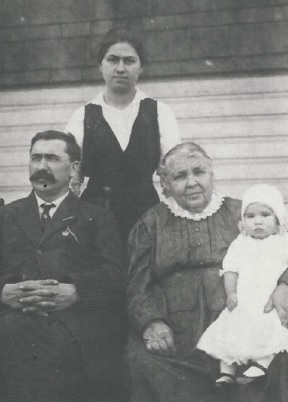