Learning to group and match photos

Overwhelming? Yes, but keep at it

For some of you, this may not seem like a valid topic or something you should read. If your collection is small, it may seem that matching does not matter. For those of you with an overwhelming pile of photos (I come from a long line of pack rats), I strongly encourage you to think about matching.

In my post called Seemingly disconnected artifacts, I touched briefly on a case where photo matching helped me identify a woman who’d been a mystery. I referenced her again on my Piece it together page. Since staying the course paid off, I wanted to devote a full post to just this case about how I was able to make the identification. See more examples at the end.

Sometimes, when studying photos, you’ll see something you hadn’t noticed before, and come away with surprises you hadn’t anticipated. Keep reading.

I collected all photos of her and made a pile. I was surprised to learn there are at least 15, odd given that there are sometimes none for known family members. She must have been important.

After grouping like-with-like, I started with the known (or presumed):

The power of instinct and following your hunches

I am guessing this woman was not only a friend, but a close friend of Hazel’s. Body language, the smiling faces, and leisure activities point to a close, relaxed relationship.

I suspected the woman might be a work colleague of Hazel’s, but there wasn’t an easy way to verify.

There are three wedding photos and a smaller photo of an unidentified man. He looks enough like the groom that I kept the photos together; that they were found together is also a clue. 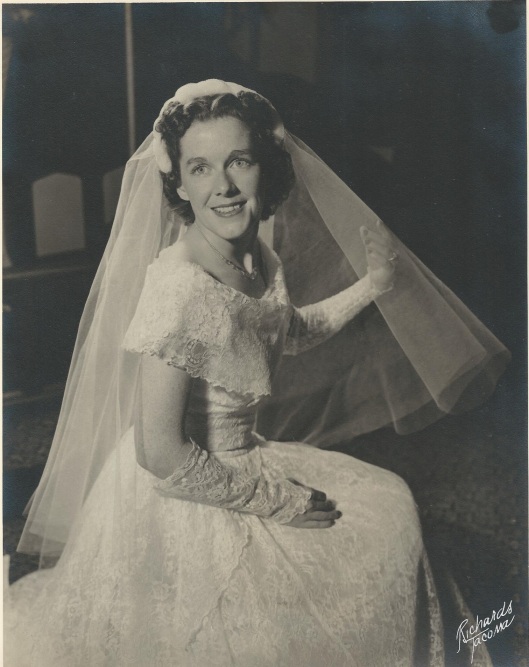 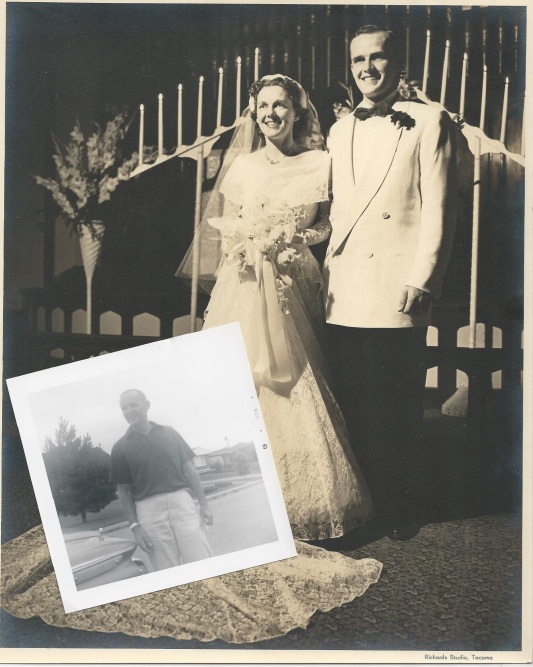 There is one single thing that helped me the most in recognizing the mystery woman as I scoured through the albums and piles looking for clues. Can you guess?

Her beautiful eyes are striking, but I recognized her pretty smile and teeth when I saw this next photo in another album. (Having been in dentistry for 34 years has its perks.) 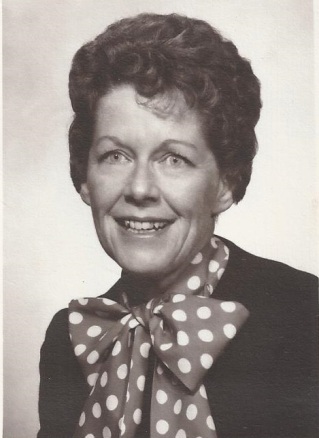 She’s older here, but the eyebrows, eyes, and smile are the same. This is our mystery woman! I recognized this last photo in another album and the instant I saw her, I knew. When I pulled the photo from behind the plastic, I could not believe my luck. This is the back:

It appears to read

Well, now! Those are clues I can work with.

Of course, the words on the back lend a name; however, that I recognized her from studying the photos is how I made the connection. Had I not been studying, I may never have noticed when she appeared in the other album. I presume the handwriting is hers before she sent the photo to Hazel.

Searching for the history of St. Peter Hospital Auxiliary, I retrieved the following: 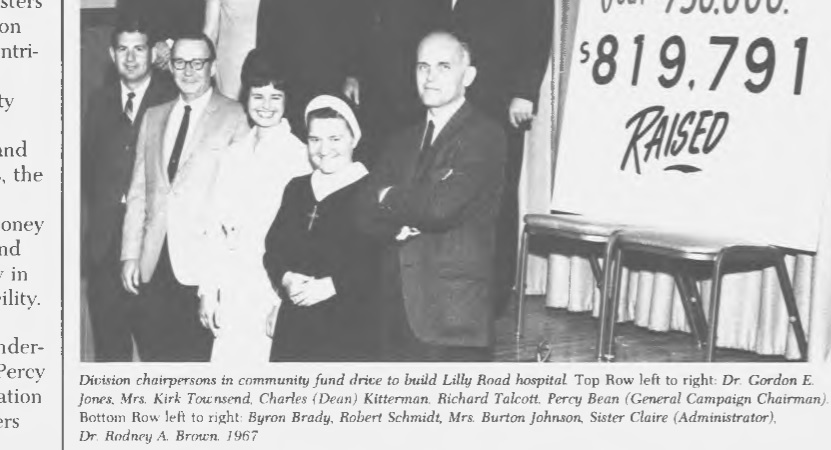 I was looking for her, a female Brown, but the moment I saw the name Rodney A. Brown (right), something else clicked.

Orah, our malevolent matriarch, in a few of her many letters, wrote about “Rod” getting married to someone other than my mother. My father’s name was Rod, and it didn’t dawn on me until later–after thinking dad had been previously married–that Orah wrote of a different man named Rod. When I later found letters to Hazel from a Rodney Brown and family, I was immensely relieved to learn Orah wasn’t writing about my father. Hazel had a friend named Rodney Brown.

I decided to compare the Rodney Brown from the hospital photo with the groom and our mystery man. What do you think? Could these men be one in the same? 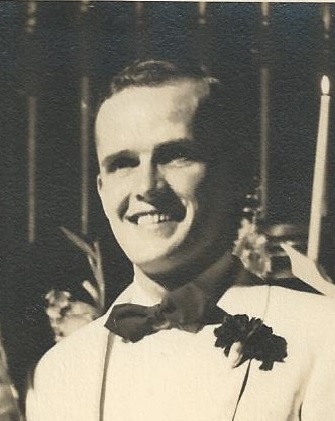 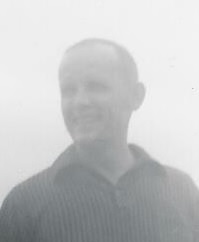 I looked up Dr. Rodney A. Brown, Tacoma, and found an obit printed by the Seattle times in 2008. The woman Dr. Brown married was Lois Smith. The irony here is amazing; there is a woman named Lois Smith in our family.

A simple search in Ancestry for a Rodney Brown and Lois Smith brought several photos which I easily matched with mine. My mystery woman is Lois Mae Smith Brown.

A recap of the process

Studying many photos of our mystery woman led to recognition of an older photo of Lois. Clues on the back of her photo led to him. Using memory, old letters, and my hunches, I was able to connect Lois with her husband. Photos from Ancestry confirmed my suspicions.

1. Dr. Maxwell R. Hunter, the man who delivered ME. I was born at this hospital and Dr. Hunter was my mother’s doctor. He is on the far left in the middle row. 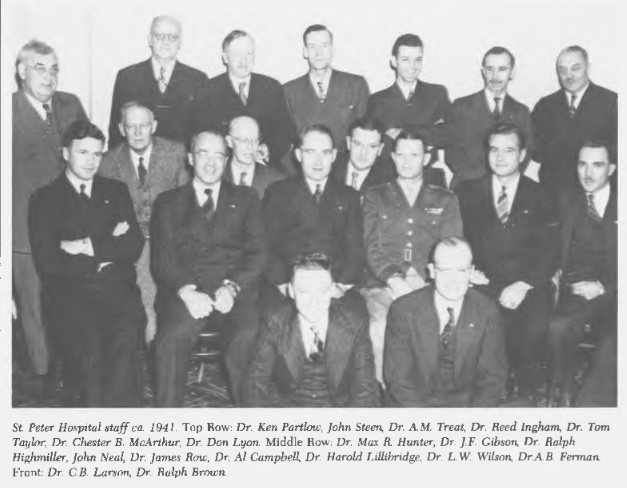 2. When searching in a bag of old letters to find those from Rodney Brown to Hazel, the following clip fell into my lap. I’m related to Sarah; she was my great, great grandfather’s younger sister. To read about the Smith, double wedding in 1882, you can read an article by Susan Phelps here.

It isn’t always helpful, but studying photos over time can bring answers and unexpected surprises; it can pay off immeasurably to keep studying. Have you identified someone using photo matching? If so, let me know.

A link to the history of St. Peter’s Hospital, Olympia, WA, (where I found these photos) can be found here.

For another example of photo matching that helped me determine the location of my grandparents’ wedding in 1921, if you’d like, you can read my post A Butterfield Geier wedding story here.