A woman is like a tea bag — you never know how strong she is until she gets in hot water.

Credit where credit is due

A legacy to be proud of

In the end, I think we don’t give enough credit to the women who made us who we are, not only our mothers but our grandmothers and their mothers, back as far as we choose to reach.  Many of their surnames were lost when they married.  Many go unnoticed or unresearched by genealogists.  It is so much easier to follow the male line.  I have found that these women’s stories, once assembled, are often heroic.

My husband’s great grandmother, Asenath Phelps, had five children to raise. She was left alone with them, her youngest an infant, to work the farm at harvest time when her husband left to join the Army during the Civil War.  At another time, when her husband was away and there was an “Indian scare,” she hid with the children in the loft of their primitive home (see picture below) with kettles of hot water and an axe. 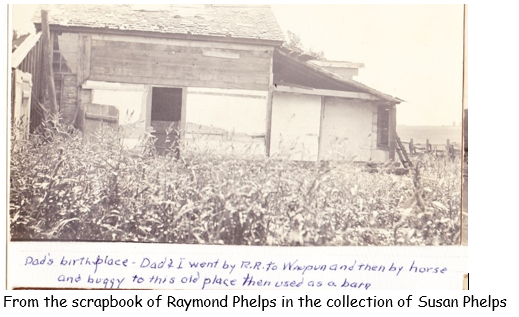 Story after story tells of the courage, stamina, and ingenuity of these pioneer women.  Yet they are often neglected or forgotten in the genealogic hunt.  Here and in Part 2 of this post, we will talk a little about the SMITH and BIXBY women.  Most of these women were only 19 when they married.  We can start with Sylvia Morse who married Joel Bixby.

Sylvia was Joel Bixby’s second wife.  She inherited one four-year-old son from his previous marriage.  Sylvia married Joel in October 1813 when she was just 19 years old. She gave birth to her first child, Anson, the following year in 1814 while her husband was enlisted and fighting in the War of 1812.  According to the research of Anson’s descendant, Karen Breach, Anson was only six months old when Sylvia was taken severely ill, so much so that she was unable to care for Anson.  He was placed, temporarily, with a French family where he spent the first six years of his life.

Sylvia was to bear eight more children.  She was 42 years old when the youngest was born.  Of her children, one daughter, her last child, died at the age of six.  Three others predeceased her.   Imagine enduring the loss of four of your children.  Picture yourself being 19 and inheriting a four-year-old son.  Think about being so ill that you had to forego raising your youngest child for the first six years of his life.  Try to envision yourself being 42 and giving birth to a child, then losing that child six years later.  What must it have been like to leave your home in New York and move a family across the country from New York to the Wisconsin Territory in the mid-1840s, when Wisconsin was barely more than the frontier?   Sylvia was a hero.

An example to live by

One of Sylvia’s daughters, Maria Bixby, married Charles Smith in Wisconsin in 1847. She inherited at least one child and maybe two, Charles’ nephew and maybe his niece.  When she married, Maria was 20 years old.  She was Charles’ second wife.  Seven of Maria’s eight siblings predeceased her.  Together, Maria and Charles had two sons and seven daughters.  One daughter, Anna Laura, died when she was only six.  The other eight children grew to be adults, and all married.  Two daughters, Ida Marie and Nellie died before Maria passed away in 1910 at the age of 82.

Maria had come from what we would now call an upper-middle-class family.  Charles owned land, but the couple certainly was not well-to-do.  Although Charles worked for a time as a clerk, his calling was to the ministry.  Evidence indicates that Maria supported her husband in his ministerial pursuits, even though it sometimes reduced them to poverty levels.  In their older years, Charles was infirm and needed her help with all farming chores.  Yet she raised eight children, all of whom seemed to turn to her for comfort. Daughter Nellie expressed her feelings in a note to her aunt after receiving a letter from her father, Maria’s husband, Charles Smith. 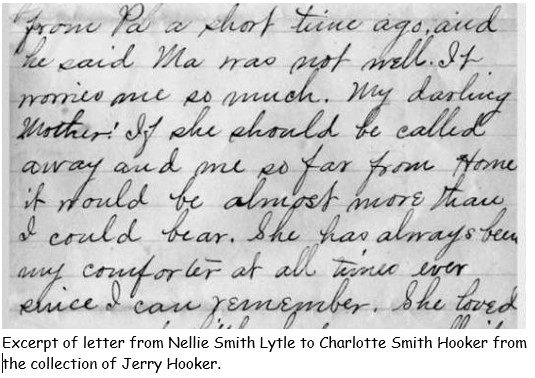 Altogether, Maria had 42 grandchildren, eight of whom she helped to bury.  Life was not easy.  Life was a struggle.  Yet all indications are that she was a joyful person, deeply religious, and a pillar of strength to her husband and children. Maria was a hero.

These women conquered the hardships in their lives and still found joy in living.  Part 2 will tell how a few of Maria’s daughters faced what life brought them.

Life is good. View all posts by Susan