Great grandma, not such a mystery

Proof is in the pudding

I’d heard the stories. Most weren’t wonderful. Orah was unkind, and while I wish dad was here to tell me more, he doesn’t have to be. I have at my disposal the very best proof: great grandma’s own words.

What follows are excerpts from a letter dated 31 March, 1941 written by Orah to her youngest daughter, Bertha. Lalla (pronounced LAY la) was my grandma.

“…I had Lalla take some of my uran down to the Doctor and he called me back and told me that I had quite a lot of sugar in my uran and he told me to take care of it right away, and he said I had better go to Dr. Penny so I am going to try and go to morrow, he said if I got busy right away that it would be the right thing to do, but if I let it go that I would have some time with it, so that is what I have staring me in the face….“

I began this blog, in part, because Orah piqued my interest. I came to know her through hundreds of letters that became her legacy. I felt anger when reading her words and considered throwing away the letters, never to learn the cause. I decided to set aside my anger and dig a little deeper. After reading many letters, I began to see patterns.

“But who cares   I don’t   but just wait until I get down there   But I can tell you I do not care much about going. Tuesday morning   the great day  as I have to go to the Doctor and show him all I have   I do just love to go   I don’t think, but why should I care…“

Her words bled sarcasm, but I also suspected anger and fear. When I set out to learn why, I wondered: If we are lucky enough to have health information, what might we learn about our ancestors? How might illness have affected their lives, their behavior, their choices? Another thought soon followed: Do patterns repeat through generations?

I recalled the stories, but I hadn’t put together what was staring me in the face.

The other day I noticed this newsprint book cover. It looked old. Dated 30 March, 1941, it is a page from the Tacoma Tribune, printed one day before Orah wrote her letter. 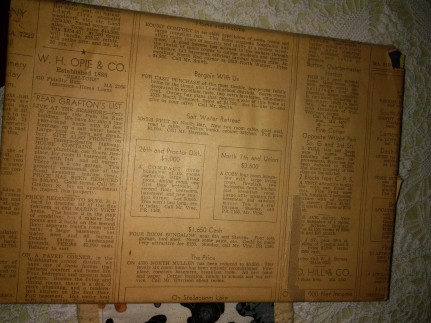 The Publishers’ Guarantee Receipt was still inside. My, how times have changed; the amount due upon delivery was $1.90.

The book is called Guide to Health, published in 1938.

I knew without a doubt the book’s owner. The signature is hers, and the “Mrs. Butterfield” who lived at 3526 South K Street was none other than Orah Myrtle Smith, my great grandma. This is where my father spent the bulk of his childhood. It is where Orah lived when she created her 12 year, letter legacy. It is where she lived when her health took a turn.

Denial is not a river

The power of fear

In the next couple of letters, Orah describes being hospitalized. Not once, however, in any letter to Bertha did Orah use the word diabetes. She talked around the issue, lashed out, continued to name call, and threw fits, but her beast remained unnamed. I’m guessing Orah did not believe her doctors.

Orah’s book is a health book called Guide to Health written by Hubert O. Swartout, M.D. It was published in 1938, three years before Orah was diagnosed.

I believe Orah was afraid. She could see and feel her body changing–she wrote about her tongue being on fire, ceaseless trips to the bathroom during the night, feeling very tired–and wanted to verify what her doctors were saying.

Unfortunately, there wasn’t a word, page, or section in this book dedicated to diabetes. I searched front to back but found nothing (and I’m guessing that pissed her off, too). Buying the book signifies she wanted to learn, but in private, in her own way, on her own terms.

Dad clearly recalled seeing his grandma in the bathroom injecting insulin into her thigh. This was a vivid memory for dad, one with (at the time) unknown significance. I don’t suppose many of us can say we saw our grandparent using a needle in this manner. No wonder he remembered.

Fast forward to 1977, my freshman year of college. I’ll never forget my mother’s tearful phone call telling me the news: my dad had diabetes. A few years later, what dad first thought to be a spider bite was a blood clot in his leg. Around this time dad’s doctors strongly suggested he use insulin. I remember him saying, “I feel fine.” Even though reluctant, he agreed and lived with diabetes for many more years.

Dad and Orah had much in common. Neither ate properly, neither initially believed their doctors’ diagnoses, both were hospitalized for diabetes, both thought they were fine–before and after diagnosis–when they clearly were not, and both were Type I, insulin-dependent diabetics. Type I diabetes, an autoimmune disorder, occurs when antibodies attack the pancreas; a damaged pancreas is then incapable of making insulin*.

I wondered whether diabetes typically skips a generation because it has done just that in my father’s line. Orah (as far as we know) was first, but it skipped her daughter Lalla. Dad was diagnosed, but it skipped my sister and I. There has not been a diagnosis in the next generation. My mom’s mother was a diabetic, and mom was borderline for many years. Apparently, a predisposition to diabetes can be inherited, but environmental factors often kick-start the process.

What can we learn?

Early photos of Orah show a happy person. Those later reveal a sour face. It would be easy to read about behavior characteristics in uncontrolled diabetics and make a determination; yet, Orah lived through her share of challenges.

We’ll never know whether diabetes affected Orah’s behavior and life choices, but we cannot rule it out. Something affected her willingness to be treated. Recalling dad’s stories about his grandma, her personality seemed similar to my father’s, especially in their later years. Both were irritable. 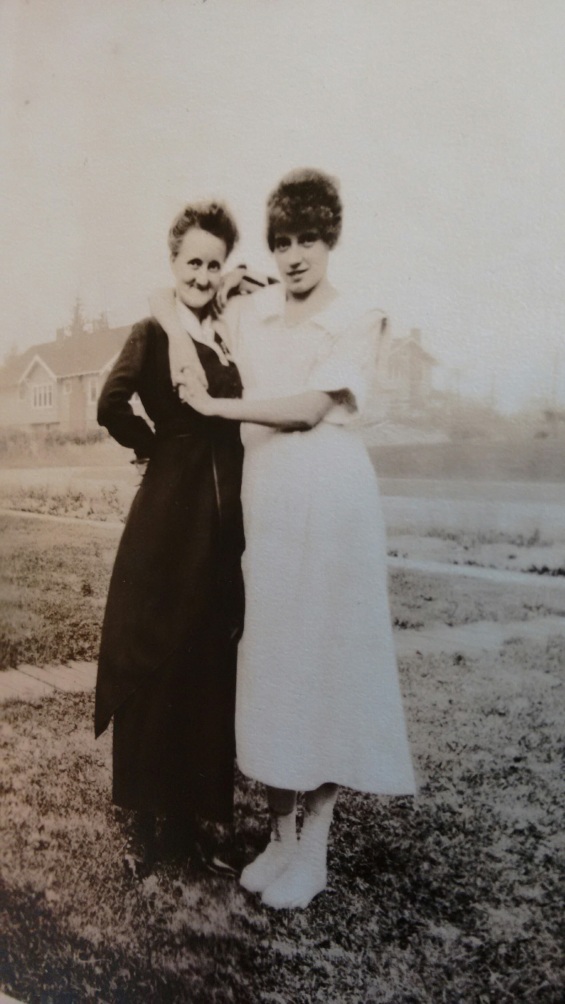 When I read Orah’s letters, I saw aspects of my father’s adult personality. This isn’t necessarily a revelation; it simply makes sense. While I am no less disappointed in how her behavior affected dad and grandma during those years, I try to separate what I perceive as coming from possible illness from the possibility Orah had a mean heart. Illness doesn’t excuse bad behavior, but it might provide clarity.

Dad was a wonderful man, and I can’t help but believe Orah was equally good.

Orah was tough on dad, probably too tough, but it no doubt helped make him the man he became. I’d like to think the same thing about dad’s daughters.

What do you know about your family’s health history?