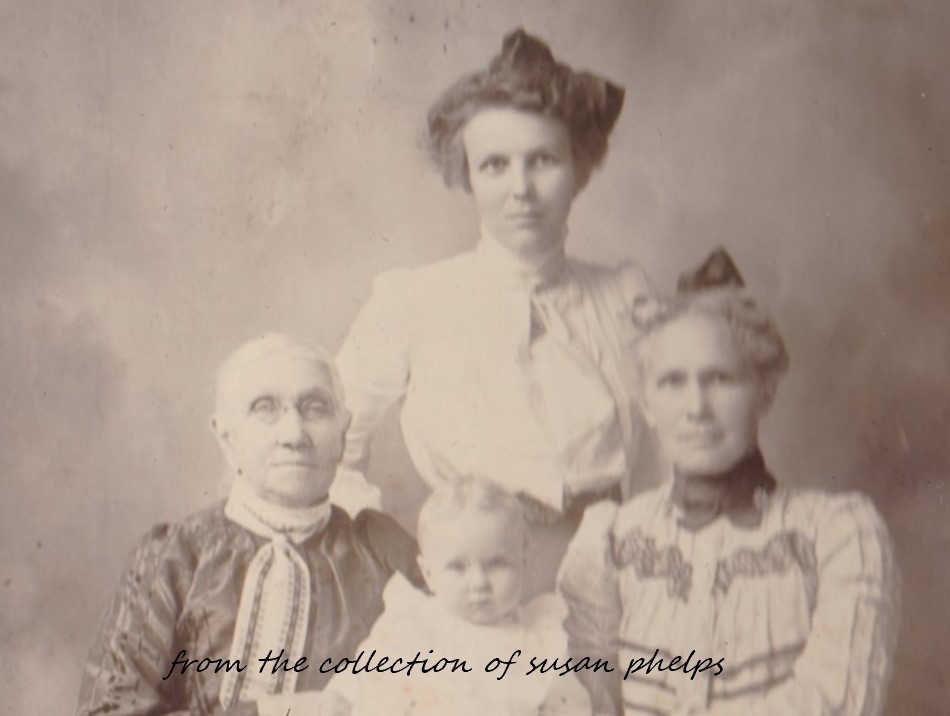 The women in the Smith family were outstanding in the courage with which they faced life.  They relied heavily on faith, honesty, love, and each other.  In PART 1 of this post, we talked about Sylvia Bixby and her daughter, Maria Bixby Smith.

Maria had six daughters who survived to adulthood and two daughters-in-law.  As stated in Part 1, most of these women were still teenagers when they married.  Most endured poverty and loss at some point in their lives.  We are lucky enough to get peeks into how they coped with these hardships.

Bringing beauty into the home

A letter from Josiah Smith, working as a carpenter in the austere mining district of Hurley, Wisconsin, contains a paragraph by his wife Helen which states that she has more than 40 varieties of houseplants.  Wow!  How wonderful to be able to bring beauty into their modest household.

Showing courage in the face of illness

Seven of these eight Smith women had to bury at least one of their children.  Most of them went through really difficult circumstances where their husbands were out of work and poverty threatened.  They endured.  They conquered.  Yet, sometimes Nature takes over.  Illness brought two of them down early in life, one of whom was Ida Marie, who died at age 38. 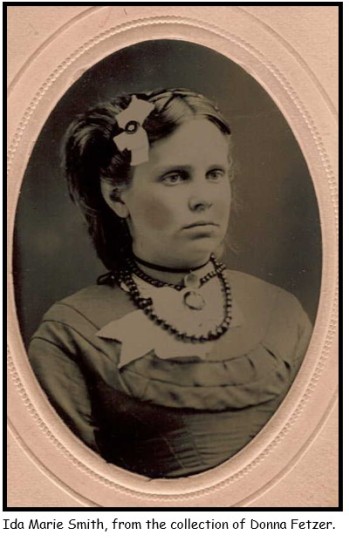 Ida Marie Smith married Louis Seeber when she was 19.  She gave birth to seven children, four sons and three daughters (one of whom died in infancy).  This clipping, her obituary, says much about how she lived her life. 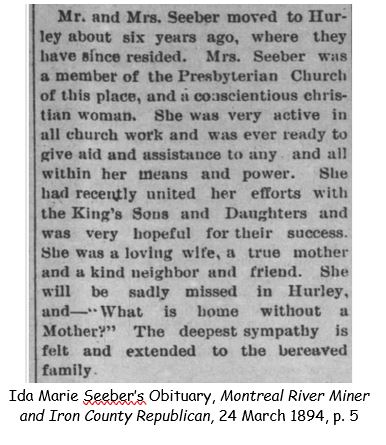 According to Ida’s great granddaughters, Daphne Purchase and Donna Fetzer, Ida’s oldest daughter, Anna, took over the mothering of Ida’s youngest children.  Anna was only 15 years old when this fell on her shoulders.  Try to think of yourself becoming an instant parent at only 15.   Her mother had taught her well.  Both Ida and Anna were heroes.

Sisters Nellie and Alice Smith married brothers, John and Hamlin Lytle, respectively.  Geographically, they often ended up in the same places with their husbands working similar jobs.  Nellie and John had two children. The first was daughter Elsie.  Second came son, Lester, who lived only a year.  All of the Smith daughters relied on their faith to bring them through hard times.  In a letter to her aunt Charlotte, Nellie wrote this about her son: 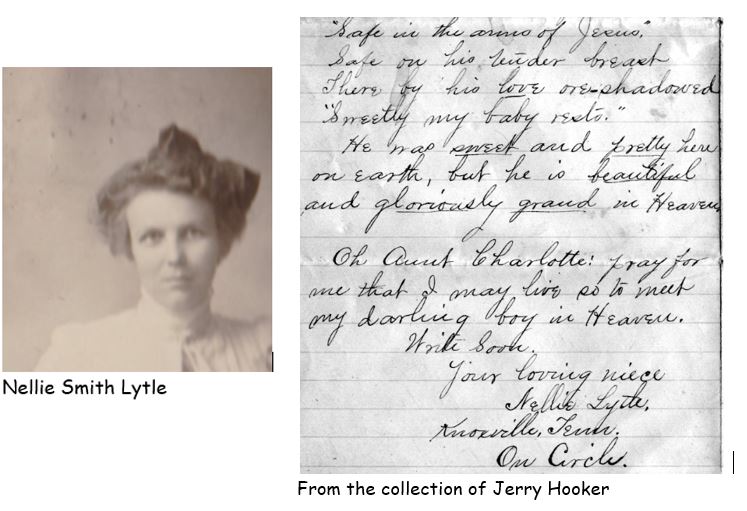 Nellie was never healthy, and she died quite young at age 27.

Alice and Ham had four children.  The first two, Frankie Mae and James lived long lives.  But the last two, Bessie and Grant, each survived only about two years.  Alice died tragically from a dose of outdated Epsom salts, but she had lived long enough and taught well enough that her children could face the future with courage, faith, and joy.

Another sister, Sylvia Smith, married Downer Hale in 1878, also at age 19.  All indications so far say that Downer lived up to his name.  He is described by his son, Charles “Kenneth” Hale as having an “austere” relationship with his children.  He was a farmer, and according to cousin Rick Hale, he was known as a “cuss,” That must not have been easy for Sylvia who came from a close, friendly family.  In contrast, in his “The Downer-Hale Family Genealogy” document, Kenneth Hale describes Sylvia as:

“Some of my most happy memories are of her.  She died in 1922 at 62 years of age. Daughter of a minister and deeply religious, she is lovingly remembered by her surviving children and those grandchildren who knew her.”

Sylvia and Downer had eight daughters and three sons.  Just the thought of giving birth to eleven children places me in awe.  Sylvia buried one daughter and one son.  She lived to be 62 years old.  Rick Hale recalls his grand uncle Ken (Charles Kenneth Hale, Sylvia’s son) describing his mother (Sylvia) as “beautiful and so kind.”

From the collection of Susan Phelps

Cherishing the value of family ties

The stories of Mary and Sarah Smith have been told in several other places in this blog.  They were the best of friends.  Mary had four children, two of whom died as toddlers.  Of all the women in this family, Sarah appears to have been the luckiest.  All of her seven children survived to adulthood.  After the death of her husband, William Langton, and of her sister, Mary, Sarah married Mary’s widower, Adelbert Phelps. 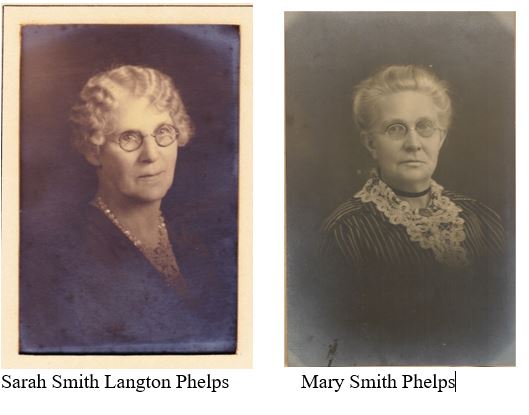 Of Eurana, wife of Charles Albert Smith, I know almost nothing, although she and Charles Albert did have four children, all of whom seem to have lived full lives.  Here, from the collection of Daphne Purchase, is a picture of “Aunt Rainee.”

Building the future one child at a time—a cooperative effort

One of the most outstanding characteristics of these women is how closely they stayed in touch with each other and how strongly they relied on family and expected to be relied upon as family.  They raised productive children who were active in their communities and had positive effects on the world around them.

We have so much to learn from them.  We, who tend to think life is hard because the dishwasher is broken, need to remember that many of these pioneers did not have indoor plumbing.  We have so much to thank them for.  Certainly, the husbands are to be admired for all the hard work they did to support the family.  But the wives created and supervised the formation of character.  They created the future.  Their ability to stay positive and hold the family together in the face of genuine hardship is an inspiration for us all.

Life is good. View all posts by Susan